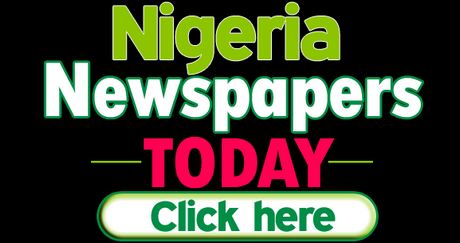 1. Buhari Reveals How He Will Make Second Term Appointments

President Muhammadu Buhari says every part of the country will be represented in the allocation of political offices in his second term. Africa News 24 (AN24) reports that President Buhari made the vow on Friday, March 29, when he received the leadership of the Christain Association of Nigeria (CAN).

President Muhammadu Buhari, says Nigeria has continued to face the challenge of meeting domestic food requirements and providing raw materials for the manufacturing sector and export. Africa News (AN24) reports that the President made the statement on Saturday, March 30, at the opening of the 40th Kaduna international trade fair, organised by the Kaduna chambers of commerce, industry, mines and agriculture (KADCCIMA).

The Independent National Electoral Commission (INEC), Nigeria’s electoral umpire, has urged all stakeholders to ensure a peaceful completion of the Rivers state governorship election. Africa News 24 (AN24) reports that the National Commissioner in charge of Rivers, Bayelsa, and Edo, May Agbamuche, made the call at a meeting on Saturday in the capital of Rivers, Port Harcourt, ahead of the resumption of the poll in the oil-rich state.

The Emir of Kano, Muhammadu Sanusi II, says Governor Abdullahi Ganduje needs all the support from the people of the State. Africa News 24 (AN24) reports that the said this on Saturday during a special prayer session held at the Kano Central Mosque for the Ganduje administration.

6. What Sanwo-Olu Said About Buhari, Tinubu After Receiving Certificate Of Return

The governor-elect of Lagos state, Babajide Sanwo-Olu, has promised to lead “an all-inclusive government” while extending a hand of fellowship to his opponents in the governorship race. AN24 reports thatSanwo-Olu made the promise in a six-minute acceptance speech after Independent National Electoral Commission (INEC), Nigeria’s electoral umpire, presented certificates of return to him and his running mate, Obafemi Hamzat.

The Independent National Electoral Commission (INEC), Nigeria’s electoral umpire, has presented certificates of return to the governor-elect of Lagos state, Babajide Sanwo-Olu and his running mate, Obafemi Hamzat. AN24 reports that the duo received their certificates at a ceremony at the commission’s office in Yaba, Lagos, on Friday.

An unidentified middle-aged female student, suspected to be a slay queen has reportedly stripped herself of her clothes and other valuables in the public in Lagos state, southwest Nigeria. Africa News 24 (AN24) reports that the slay queen stripped naked during the early hours of Saturday, March 30.

Nollywood actress Cossy Ojiakor has shocked fellow actress Tonto Dikeh by rejecting her message of repentance. Africa News 24 (AN24) reports that the controversial busty actress uploaded a video on her Instagram page twerking and regarding herself as ageless.

Nigeria’s leading conglomerate, Transnational Corporation Plc has set strategies to maintain the strong business performance displayed in the recently released 2018 year-end results. The company articulated its robust growth projections for the year 2019 at its Facts Behind the Figures presentation which held on Tuesday, March 26, at the Nigerian Stock Exchange.

Confession Of A prostitute: My Colleagues Sell Used Condoms of Their Customers to Ritualist Yahoo Boys