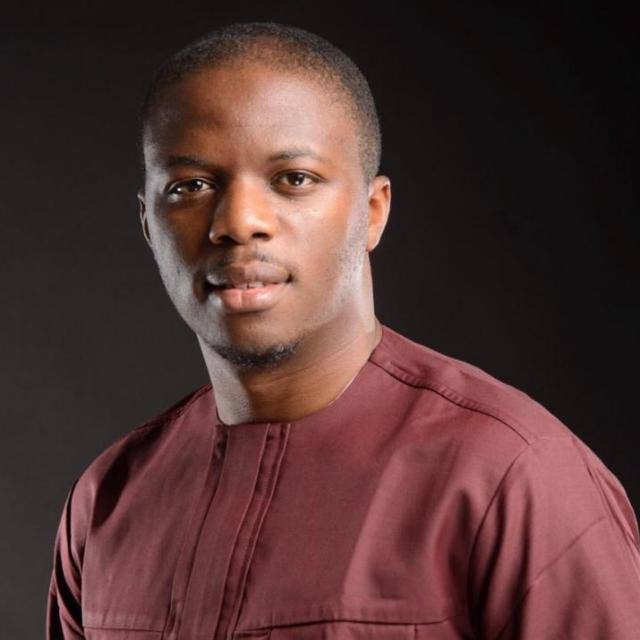 Temitope Akinyemi, a graduate of Obafemi Awolowo University and a one-time aspirant for the Lagos State House of Assembly, Ifako-Ijaiye Constituency 01 sat down with our Political Correspondent, Zaccheus Ukhueleigbe, on his journey into politics and the chances of Ifako-Ijaiye Local Government in producing Commissioners and Permanent Secretaries in the administration of Babajide Sanwo-Olu. Excerpts:

Can you tell us about yourself?

My name is Tope Akinyemi, an entrepreneur and a politician. Had my schooling in Lagos, secondary school at Chrisland College after which I proceeded to Lagos State University for a Pre- Degree in science, then I was hoping to study medicine but faith dealt me a better blow when I gained admission into Obafemi Awolowo University (OAU) to study building.

I immediately took that up and went to building, right after that, went for my compulsory youth service after which I went the Business School Netherlands for my Masters programme and started work as a fresh graduate.

It was right after service I started having interest in politics, although while I was in OAU, I was a member of an electoral committee which gave me the leverage to be part of the Student Union Government.

After my service year, I went to Abuja for a while, started attending political meetings to familiarize myself.

I also worked with a few companies before I began my own construction company.

How did you embark on contesting for House of Assembly?

Right after I came back to Lagos, I began being active in my ward (Ward E) Ifako Ijaiye 1 local government.

One day, I walked up to my parents like I usually whenever I want to make most of my decisions because I realized when you venture into politics, your life is no longer private but public. So I approached my parents and told them I wanted to actively go into politics by vying for an elective office. That was how my journey for the Lagos State House of Assembly came about.

They replied me with a no, said it wasn’t something they would want me to venture into. I asked why because I see politicians, aspirants coming into our house to seek his moral advice and support.

He gave me a couple of reasons which included politics being a dirty game, though I tried to argue with him but it was a deadlock.

So I decided if that was his candid advice, then I won’t push any further.

Eight months down the line, my father called and asked about my political ambition despite advising me not to venture into it. I replied that since he said I shouldn’t think it, I had dropped the idea.

Luckily, he told me he has thought of it and that I have his full support. So, that was how I started.

Right after that, I got up from the meeting, my dad and mum started making contacts, visits to leaders, parties, posters were rolling out and the rest is history.

For the first time since 1999, Ifako-Ijaiye LGA has produced a Deputy Governor, Dr. Obafemi Hamzat, what does this mean for the Local Government?

Hmm! it is a good feeling having a Deputy Governor from Ifako Ijaiye 1, a joy that a man we see and know is now at that political seat.

Do you think Ifako-Ijaiye Local Government will have a commissioner?

My small baby knowledge of how it works is that at some point when you talk of appointing commissioners, local government will be considered. I don’t think it’s cast in stone that every Local Government has to produce a commissioner.

If it so happens, Ifako Ijaiye produces a commissioner this time around, that would be a good thing, a joyous one at that. It also means the government is closer to us and we have someone we can bring some requests and grievances to.

I think Ifako-Ijaiye is ripe for a lot of infrastructural improvement and changes that have to do directly with the people.

It would be good if our local government produces Commissioners, Perm Secs and many others cause, trust me, we have brains in Ifako Ijaiye and this is not to shy or belittle other Local Governments.

Ifako Ijaiye has a mix of quality brains out there.

Do you think South West will produce a president in 2023?

I learnt when it comes to politics, particularly Nigeria, nothing is sacrosanct, it has not happened until it happens until it has happened.

So my take is yes but we need to plan for 2023. We need to settle things for now and run the country. We need to study and monitor things, we need to size up the likely aspirants etc.

What is your take on Omo-Agege being the Deputy Senate President?

My general take on Senator Agege is a debacle. When I heard the news that he was elected the Deputy Senate President, I said to myself that I need to go back to that mace theft story to know what really happened, what actions were taken or maybe I must have missed a line or two. I am still in shock on the details of that story.

How do you see political God-fatherism?

I actually have a different take on god-fatherism because everyone does have a godfather. You might not label it as godfather, but you have someone you look up to, one whom if you want to make decisions you go to, tender what’s bothering you and he is able to help out with a solution or help fast track your ideas with those who can help or has been in the field.

That is how I see god-fatherism. So when you talk about god-fatherism, let’s not talk about it in isolation, we need to always put it in context. In business, I have those I look up to for advice.

In politics as well, we have people who have done these things severally, you can’t continue doing the same thing and expect a different result. You should have someone or a group of people you look up to.

For me, my godfathers are not individuals, they are colleague of people who we sit together and analyse issues together and we get up from such meetings with an action plan.

Politically, you will need people who would lead you, guide and direct you. We as young guys with new ideas and new ways of doing things will bring our concepts to the table, sieve it with the previous ways, the mixture of this will give us a rich cocktail of delivery to the people that at the end of the day and a lot of people will be wowed.

All over the world, young guys are doing great things in all sectors.

The dynamics are changing very fast and we need to also change with those time in Nigeria, particularly in the southwest.

What I simply mean is that politics is about service to the people. For me, it is not a full-time job.

When people see the quality you put at the table, they will call you to come and represent them.

Right after our political exercise, I still have my personal job and business to run and my people to take care of and for now, there can’t be an elective post till the next four years.

Iran To Enforce Use Of Face Masks

Nobody Can Ban Almajiris — Islamic Cleric