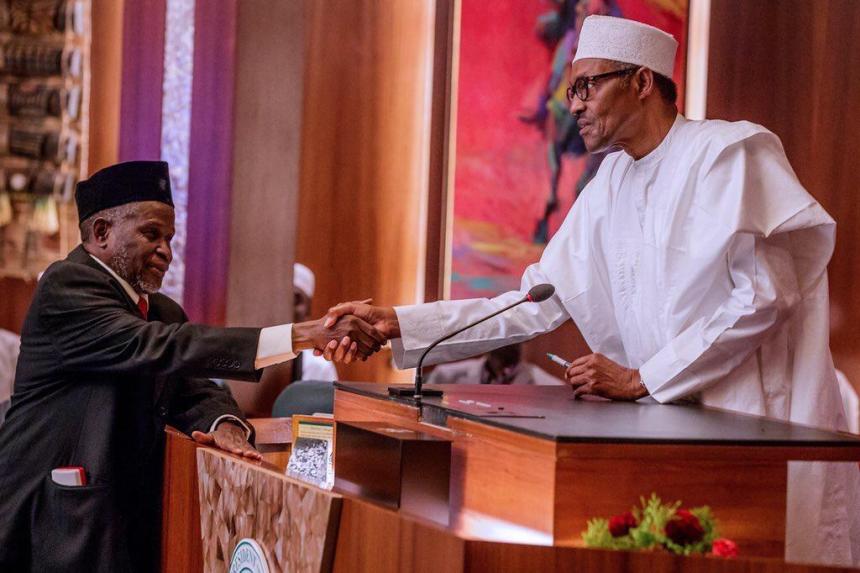 The appointment of Justice Ibrahim Tanko Muhammad has been confirmed by the Senate as the Chief Justice of Nigeria (CJN).

Ibrahim Tanko was confirmed on Wednesday after a thorough screening at the National Assembly.

Africa News24 understands the Senate had on Wednesday, begun the screening of Ibrahim Tanko Muhammad as the substantive Chief Justice of Nigeria, CJN.

As is the customs, the CJNs are supposed to be screened during plenary but the lawmakers of the 9th Senate had unanimously agreed to go into a closed-door session to screen Tanko Muhammad.

It would be recalled that President Muhammadu Buhari had last week Thursday forwarded to the Senate, a letter requesting for confirmation of Tanko Muhammad as the substantive CJN of the country.

President Buhari in a letter to the Senate through the President of the Senate, Senator Ahmad Lawan, had in the request said that the nomination was sequel to recommendation made to that effect by the National Judicial Council, NJC.

I have the honour to forward the nomination of Honourable Justice Ibrahim Tanko Muhammed for confirmation as Chief Justice of Nigeria.

“It is my hope that this request will receive the usual expeditious consideration of the distinguished Senate of the Federal Republic of Nigeria” Justice Tanko Muhammad has been serving in that capacity as acting CJN since January 25 this year when the then Chief Justice of Nigeria, Justice Walter Onnoghen was suspended from office on alleged corrupt practices .

Compulsory Vaccination Is From Pit Of Hell – Pastor Paul Enenche

We Will Complete 2nd Niger Bridge, Lagos-Ibadan Expressway Before We Leave – Buhari

How I Discovered My Husband Cheated On Me – Tega