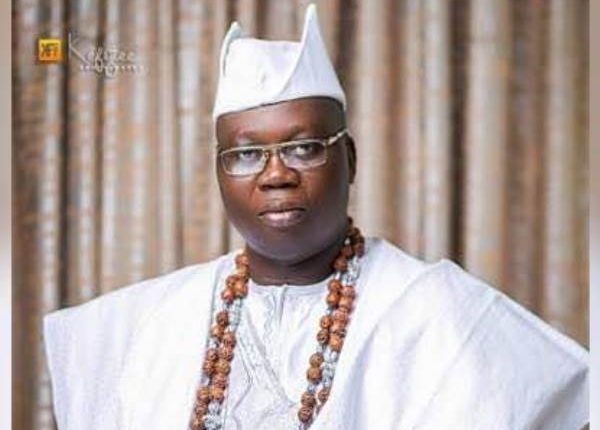 The Aare Onakakanfo of Yorubaland, Iba Gani Adams has appealed to the Federal Government to release the presidential candidate of the African Action Congress (ACC), Omoyele Sowore.

Africa News24 (AN24) recalls that Omoyele Sowore was arrested by the police from the Department of State Services (DSS) over a planned revolutionary protest scheduled for Monday, August 5.

The Police had alleged the activist of a plot to force a regime change in the country.

Reacting in a statement, Adams said the arrest was an abuse of human right to freedom, stating that the planned revolutionary protest could not be said to be treasonable since it was yet to be implemented before he was arrested by the DSS.

Adams, who faulted the rationale behind the arrest, said it was unfortunate that Nigerians usually forgot events and memories of the past.

He said that Nigeria’s problems emanated from the military’s dictatorship and tendency to gag the press and prevent freedom of speech and expression.

Aare Onakakanfo however, said with the information at his disposal, the convener did not consult many of the civic society groups.

The planned protest, he admitted, would have presented to Nigerians, the needed opportunity to express their feelings to President Muhammadu Buhari.

Adams said that Nigerians were entitled to express their feelings, provided the protest was peaceful and violent free and it also represented the feelings of Nigerians.

“Not everybody can have access to the presidency in Abuja. This is democracy, not militarism, where people are cowed and jailed over issues relating to their welfare”

“Sowore is an activist, and he was part of the struggle for this democracy. Therefore, he is entitled to express his feelings and that of Nigerians in a democratic setting”.

“I think the Federal Government should consider his freedom as a panacea for peace. For instance, I wonder how a peaceful protest by harmless citizens will now turn to a treasonable felony.

“It is unfortunate that many of the people at the corridors of power today were part of the protests against former President Goodluck Jonathan in 2015, but today the situation has changed.

“I am afraid they wanted to draw the nation backward to those years of the military, where people’s rights to freedom and other fundamental human rights were alien to the military.

“Even in countries that have good institutions and good welfare policies, the citizens still organise peaceful protest and the government will surely listen to them.

“As an activist and promoter of peace, I have engaged in various rallies and protests. On each occasions, we consulted widely, taking into considerations so many factors,including the rights of Nigerians to embark on protest.

“Nigeria is a democratic republic, therefore, unlawful detention of a people can lead to further crisis and the Federal Government must try as much as it is possible to avoid this by listening to the cries of Nigerians”.

The Federal Government should free Sowore and formulate policy programmes that have direct impact on the mass of the people” Adams said.

Rapists Will Not Go Scot Free–Sanwo-Olu

Between CNN And BBC Reports On Lekki Shooting

Ooni Names Baby After His Predecessor

Lekki Shooting: Media, Influencers At The Forefront Of Infodemic ( A Commentary)