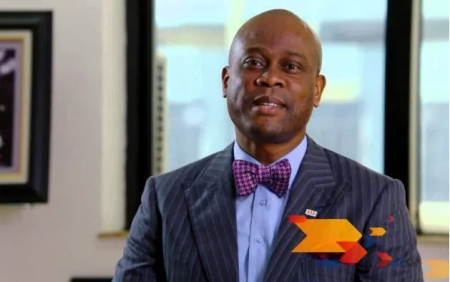 Justice Hakeem Oshodi of Lagos State High Court, Ikeja division on Monday said a bench warrant would be issued for arrest of Mr Herbert Wigwe, the Group Managing Director of Access Bank Plc, and other defendants standing trial over alleged $6.3 million fraud in the court.

The judge’s position was following absence of Wigwe and six other defendants, a situation that has been stalling arraignment of the accused persons whenever the matter came up for hearing.

Aside Offiong and Access bank, which has been represented by one Robert Imowo, the other defendants have not been present in the court since the commencement of the trial.

According to the charge sheet, the defendants committed the offences alongside Tunji Amushan who is said to be at large.

The defendants were also alleged to have conspired with Augusta Energy of Geneva, Switzerland, to defraud the complainant, Top Oil and Gas Development Ltd to the tune of over $6.3 million.

The defendants allegedly obtained the funds from Top Oil and Gas Development Ltd, by falsely representing to be the Chairman of the company, Chief Don Obot Etiebet and other officers of the company, that Cast Oil and Gas Ltd had a contract with Augusta Energy of Geneva, Switzerland.

The contract was allegedly for the supply of 10,000 metric tones of Automated Gas Oil (AGO), by Augusta Energy of Geneva to Cast Oil and Gas, the cost price of the product was $6.3 million and Top Oil and Gas Ltd, was the consignee of the products.

It is further alleged that the defendants promised the complainant that Cast Oil and Gas Ltd will sell the said products on its behalf.

The defendants are alleged to have promised to ensure that Top Oil and Gas Development Ltd recovered the money invested for the purchase, supply and importation of the said products.

The prosecution alleges the defendants fraudulently induced the complainant to pay for a product that was not actually supplied nor imported into Nigeria, by Augusta Energy and that the defendants had fraudulently converted the funds to their own use and benefit.

During the May 2 proceedings, Mr Paul Usoro (SAN), the defence counsel for Access Bank Plc, had informed the court that the bank had filed a preliminary objection challenging the court’s jurisdiction to hear the case.

However, when the matter came up on July 8, 2019, Pius Akuta, a counsel from the office of the Attorney General of the Federation, had asked the court for permission to take over the matter from the Special Fraud Unit (SFU) of the Nigeria Police Force that earlier prosecuted the matter.

Subsequently, the court ordered the office of the Attorney General of the Federation to take over the prosecution of the matter.

In a twist of development, Akuta, during Monday’s proceedings, informed the court of the prosecutor’s decision to withdraw the matter, hinging on a position that the complainant is averse to continuation of matter.

Akwa Ibom Rerun: I Have No Interest In Essien Udim — Akpabio

Why Oko Oloyun Was Assassinated — Police

Can You Marry Someone You Met On Social Media?