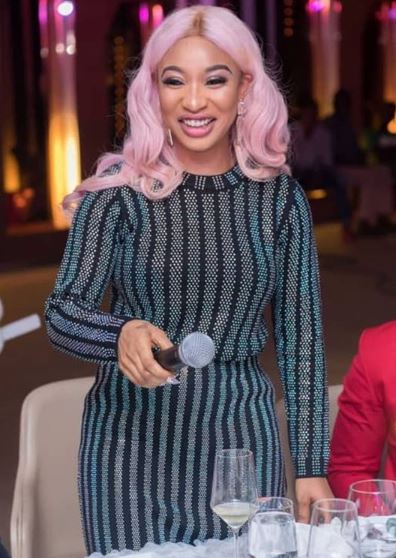 Controversial actress, Tonto Dike has trashed rumors of her being deported from the United Arab Emirates following an altercation with a security guard.

In a video shared via the Instagram page of her friend, Idris Okuneye aka Bobrisky, Tonto said that she had not been deported from the UAE contrary to reports floating around social media.

“I’m.still here and I will be here for a long time”, she said as she showed her surroundings.

“Ignore the rumours being peddled by bloggers that I have been deported. These bloggers be trying me,” she said.

Earlier this weekend, reports had it that the actress was arrested for assaulting a security guard who refused her entry at a private event and was scheduled for deportation.

“She looked “high” on a substance as she shouted “do you know who I am?” several times, an eyewitness reported.

COVID 19: Appeal To The President To Unlock Lagos And Abuja