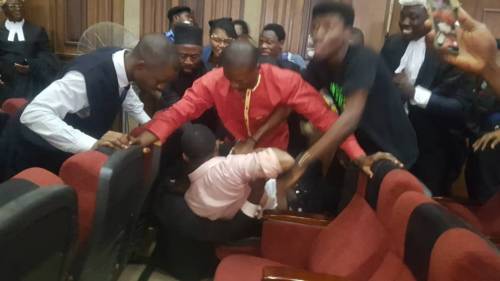 Agents of the Department of State Services on Friday attempted to rearrest Sahara Reporters Publisher and convener of #RevolutionNow protest, Omoyele Sowore and his co-defendant, Olawale Bakare, inside the courtroom.

According to SaharaReporters, the DSS operatives also chased away the presiding judge, Justice Ijeoma Ojukwu and assaulted a journalist in their bid to arrest the duo.

Trouble In Paradise? Davido And Chioma Unfollow Each Other On Instagram