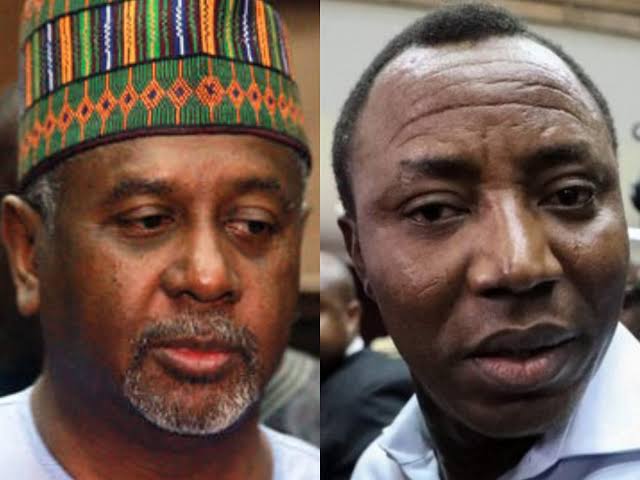 Speaking through its acting High Commissioner in Nigeria, Gill Atkinson, it said on Twitter, “Welcome reports that @YeleSowore and Sambo Dasuki released.

“Hope they get to spend Christmas with loved ones.

The Minister of Justice and Attorney General of the Federation (AGF), Abubakar Malami, had earlier ordered their release on Tuesday.

Malami urged them to be law abiding and observe the terms of their bail as well as refrain from engaging in any act that is inimical to public peace and national security.

His statement read, “My office has chosen to comply with the court orders while considering the pursuit of its rights of appeal and/or review of the order relating to the bail as granted or varied by the courts.

“In line with the provisions of Sections 150(1) of the 1999 Constitution (as amended), and in compliance with the bail granted to Col. Sambo Dasuki (Rtd) (as recently varied by the Court of Appeal) and the bail granted to Omoyele Sowore, I have directed the State Security Services to comply with the order granting bail to the Defendants and effect their release.

“I wish to reiterate again the utmost regard of my office for the entire judicial structure of Nigeria.

COVID 19: Appeal To The President To Unlock Lagos And Abuja