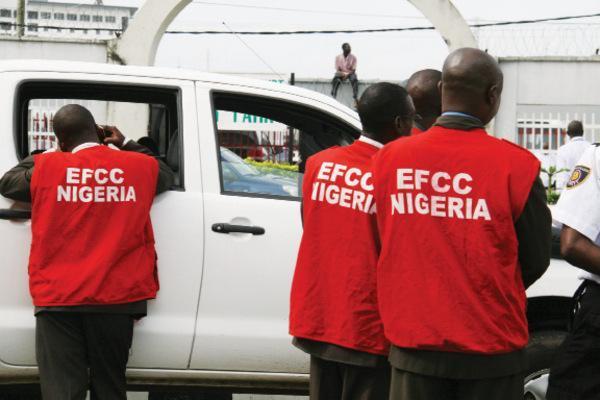 The Economic and Financial Crimes Commission (EFCC) has arrested an ex-convict, Mark Obisesan for allegedly being in possession of fake traveler’s cheque worth $10,000.

The arrest which was made in Lagos was disclosed by the commission’s spokesman, Mr. Wilson Uwujaren in Abuja on Tuesday.

Uwujaren said the EFCC acted on intelligence gathered by members of the public.

Obisesan who was arrested at his Banana Island residence had previously served a 12-year-jail term for internet fraud in the UK.

“At the point of arrest, a Ferrari 488 car, two i-phones, one Samsung phone, a laptop and Automated Teller Machine cards were recovered from the suspect, whom investigation revealed does not have any known source of livelihood.” Uwujaren said.

The suspect would be charged to court.

India Builds Wall Around Slum Ahead Of Trump’s Visit