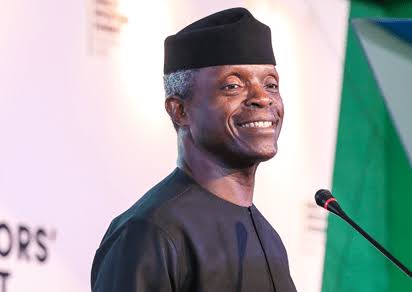 Vice President Prof. Yemi Osinbajo has stated that the government was far from impacting the lives of many Nigerians.

He said this while speaking in Lagos at the unveiling of Airtel Touching Lives Season 5 on Saturday.

Osinbajo said the government had made efforts to help alleviate poverty, but that there was still more work to be done.

He said, “We are feeding about 9.5 million children in 34 states now across Nigeria in all public schools. We are giving monthly cash to about a million households as part of our conditional cash transfer scheme.

“We have also engaged about 500,000 young men and women who had been unemployed for different periods of time under our N-Power Programme. But we are still very far from touching the majority of those who need help. It is clear that to do so, we need far more resources – to put far more resources behind that programme.

“This is why the work of socially-conscious organisations like Airtel is so vital – bridging the huge gap between what government can do and what is left to be done. So, as you celebrate the fifth year of this programme, we congratulate you and pray for all members of the Airtel team and their families that as you have shown such great kindness to so many, you will always find help and kindness.”

VIDEOS: Watch As 5G Masts Get Destroyed In China And UK Over Alleged Links To Coronavirus

Why I Held Party In My Home Despite Lockdown – Funke Akindele