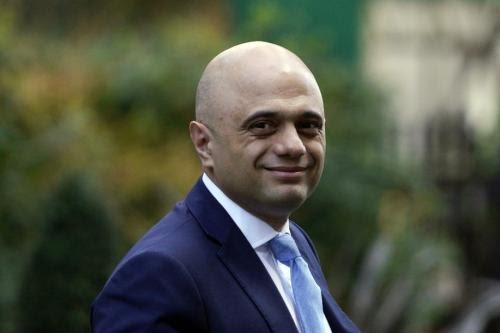 Sajid Javid has resigned as chancellor as Boris Johnson carries out a post-Brexit cabinet reshuffle.

Mr Javid rejected an order to fire his team of aides, saying “no self-respecting minister” could accept such a condition.

He has been replaced as chancellor by Chief Secretary to the Treasury Rishi Sunak – who just seven months ago was a junior housing minister.

Mr Javid had been due to deliver his first Budget in four weeks’ time.

The former home secretary was appointed chancellor by Mr Johnson when he became prime minister in July.

“He has turned down the job of chancellor of the exchequer,” a source close to Mr Javid, who had been expected to remain in place, said.

“The prime minister said he had to fire all his special advisers and replace them with Number 10 special advisers to make it one team. The chancellor said no self-respecting minister would accept those terms.”

Man Accuses Former BBNaija Housemate Of Sleeping With His Wife

Akintoye To Buhari: Give Yoruba People Their Country

Zazzau Kingmakers To Meet With El-Rufai Over New Emir

Nigerian Suspect On FBI Wanted List Turns Self In