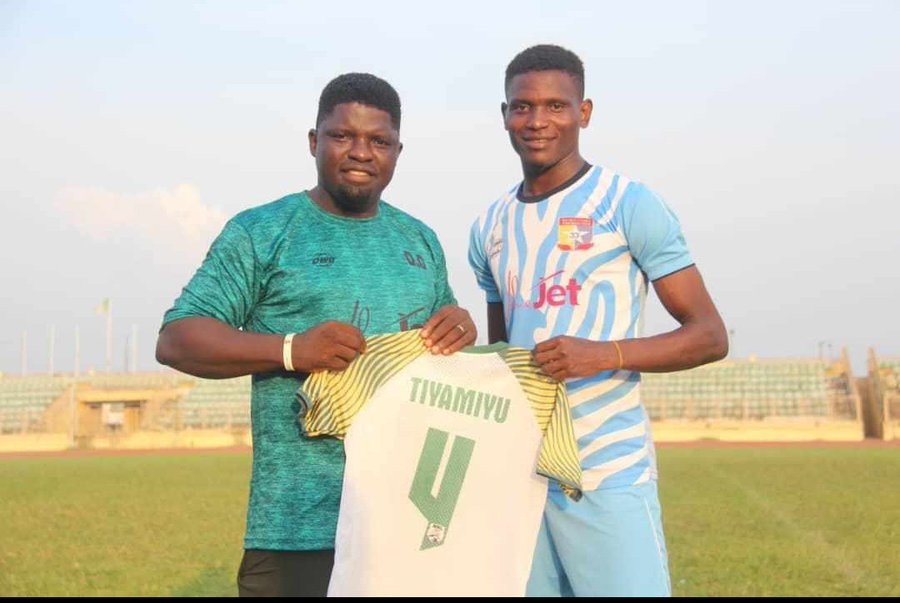 On the left is the deceased

Five people were feared dead in a face-off between residents of Sagamu and operatives of the Special Anti Robbery Squad over the killing of a footballer, Tiyamiyu Kazeem.

The residents were protesting the death of the deceased whom they said was innocent of the allegation labelled against him.

According to eyewitness reports, Kazeem was pushed from a SARS van on motion and onto a speeding car that eventually killed him on Saturday after officers of the squad wrongly accused him of being an Internet fraudster.