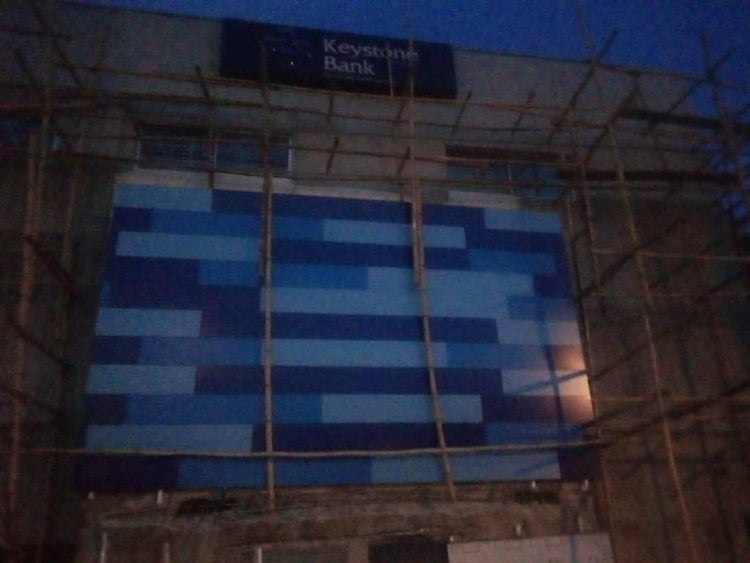 The building is said to have caved in at about 07.00 pm, trapping labourers working.

He said, “Upon arrival at the scene, it was discovered that a single-storey building belonging to the Keystone Bank collapsed while being renovated.

“It was reported that a single male labourer lost his life from the incident.

“Recovery operation ongoing
LRT, LASG fire, LABSCA and police are at the scene carrying out joint efforts to retrieve the remains of the victims.”