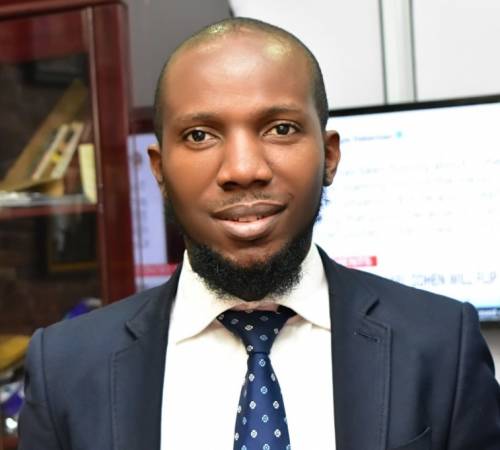 A human rights lawyer, Inibehe Effiong, has said he will challenge President Muhammadu Buhari in court over restriction order he gave to residents of Lagos, Abuja and Ogun.

Although courts are partially closed by the Chief Justice of Nigeria, Tanko Muhammad, the lawyer said he would approach a Federal High Court to stop the president’s order.

Effiong said the President had no right to restrict movement without the concession of the National Assembly, squashing the initial order of President Buhari.

The Lagos-based lawyer further stated that it was wrong of Buhari to have restricted movement without the backing of any law.

He said: “After a deep reflection on President Buhari’s decision to lock down all movements in Lagos, Ogun, and Abuja by Presidential fiat for 14 days, I have resolved to challenge this unconstitutional action in court.

“No responsible, democratic and civilised country will throw its constitution and laws into the dustbin in an effort to tackle a pandemic like COVID-19 the way President Buhari has done. Freedom of movement is a fundamental right guaranteed by Section 41 of the constitution.

“While it is conceded that this right is not absolute, Section 45 of the constitution is clear to the effect that freedom of movement can only be taken away in the manner allowed by a law that is reasonably justifiable in a democratic society. Buhari has not relied on any law.”

The activist said if Buhari is convinced that extraordinary measures are needed to contain coronavirus, the proper action would have been for him to issue an instrument published in the official gazette of the government and make a proclamation of a state of emergency in Lagos, Ogun, and Abuja.

Effiong added: “By Section 305 (2) of the constitution, the details of such proclamation can include extraordinary measures like lockdown. Those who say that the rule of law is useless because of this pandemic are mistaken. There is no exception to the rule of law in a constitutional democracy.

“Buhari could have asked the Senate President and Speaker of the House of Representatives to convene the National Assembly to approve a state of emergency. He could have simply issued regulations pursuant to the Quarantine Act. But he opted for his usual dictatorial ways of doing things.

“As a resident of Lagos State, I am directly affected by the illegal action of the President. I will seek redress in court either before or after the expiration of this unconstitutional lockdown since there is no limitation of time with respect to fundamental right actions.”