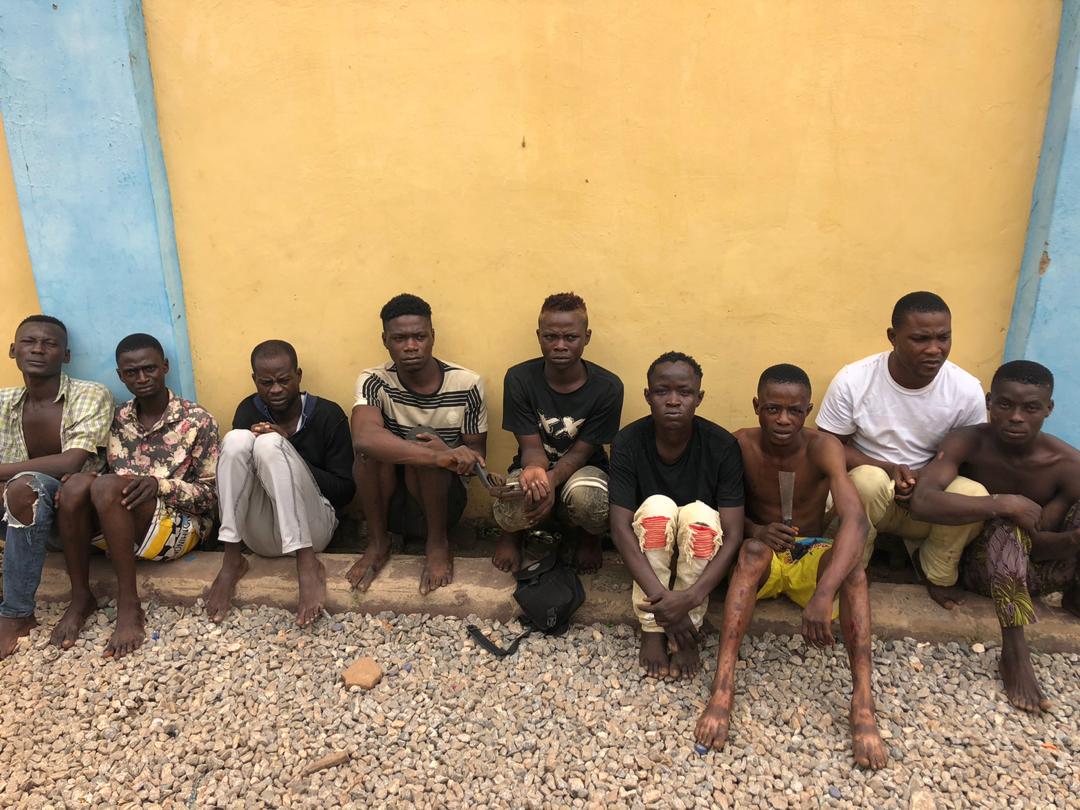 The Commissioners of Police In Lagos and Ogun States have maintained that there have been no reported cases of robbery.

The men spoke on TVC’s Your View monitored by An24.net.

The Lagos State Police Commissioner, Hakeem Odumosu said the police in Lagos had everything under control.

“We did not receive any complaints from anybody. It was just that apprehension ‘they are coming, they are coming.’ Now they are claiming that they want to form vigilante. We patrolled round all night even till now to let people know that the police is up to the task and they are assured of their lives and properties.

The Commissioner, however, confirmed that 39 boys had been arrested for the uproar in Agege on Sunday.

Ogun State Commissioner of Police, Kenneth Ebrimson also denied reports of armed robberies in some specific parts of the state.

Ebrimson said his men patrolled Ifo to Ota and Oke Aro areas of the state and there there were no armed robbery attacks as rumoured by social media users.

An Ogun resident, Mark Adebayo had described the situation as a total security meltdown.

“It’s a total security meltdown. My house is close to the epicentre of the bad boys’ bloody crimes. Even today, broad daylight, from around 11am to 2pm, starting from Agbado station, to Ope-Ilu, Almoruf, Ola-Ogun, Abule, Lemode, Ibaragun, Ijoko, the boys in their numbers on bikes attacked residents and robbed them.

“They were armed with dangerous weapons and, surprisingly, POS machines. If you don’t have cash, you’re compelled to submit your ATM card to them at gunpoint while your account is emptied. Reprieve only came when residents summoned courage, mobilised and launched a counte⁷rattack to repel them.

“We don’t sleep at nights, now we don’t have peace in the day. I’m a direct witness of the scary scenarios.” he said

NNPC Pipeline Burst: Fire Service On Stand By To Prevent Fire At Ayobo

WHO Warns Against Use Of Face Masks During Exercise