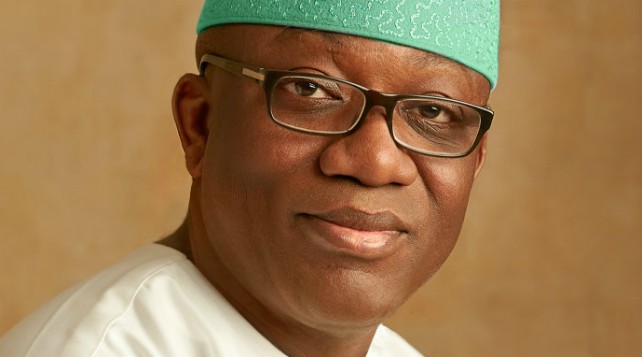 Ekiti State Governor, Kayode Fayemi and embattled former deputy national chairman of the ruling All Progressives Congress, APC, Victor Giadom, on Tuesday were said to have made efforts to meet with President Muhammadu Buhari at the Presidential Villa.

The two were unable to meet the President over the continued crisis within the party.

They were said to have met with the Chief of Staff to the President, Professor Ibrahim Gambari who told them that the President was not around.

Fayemi was said to have visited the villa to win Buhari over to Giadom, who has been laying claim to being the authentic acting national chairman of the party.

Giadom had earlier on Tuesday issued a statement calling for a meeting of the National Executive Council, NEC, which he said would hold inside the Presidential Villa on Thursday.

I Allow My Fiancé To Have A Side Chick Per Month, Says Fiancée of Ghanaian-American comedian, Michael Blackson