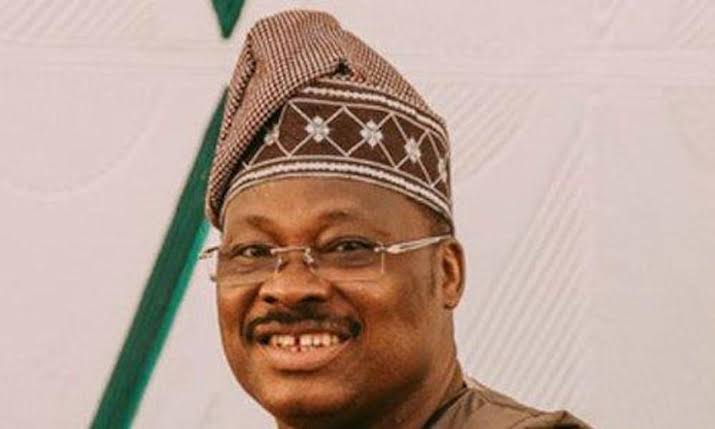 Policemen attached to the Oyo State Command have reportedly taken over the Agodi GRA home of former governor Abiola Ajimobi.

According to the Nation, two police vehicles, a Hilux patrol van of the state anti-crime outfit, Operation Burst and a white Kia Rio used for state security patrol were parked beside the building, with stern looking security operatives at the place.

This may not be unconnected with the controversy trailing the land as the preferred choice of the family to bury the deceased former Oyo State governor, Abiola Ajimobi.

Spokesman of the state Police Command, Olugbenga Fadeyi, responding to an earlier text message sent to him by The Nation, said the order to dispatch the police to the property was from the police headquarters in Abuja.

He said the security presence was to ensure that hoodlums did not unleash mayhem on dignitaries that would attend the burial of the late governor.

Fadeyi added that the decision to station its men and vehicles at the Agodi GRA home of the late Governor Ajimobi was to ensure the safety of lives and property.