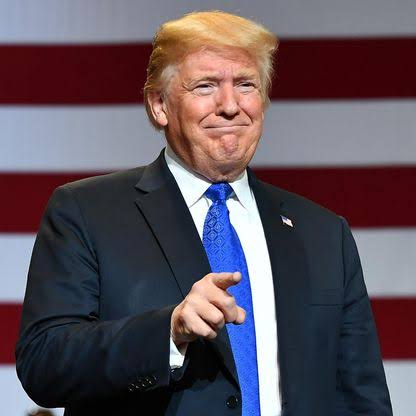 US President Donald Trump’s niece will release her unflattering book on Trump on July 14, her publisher announced Monday, after a judge lifted a temporary ban on publication.

Simon & Schuster has brought forward the release of the memoir by two weeks, according to an update on its website.

It is set to be the latest bombshell book to dish dirt on Trump after former aide John Bolton’s tome, which describes Trump as corrupt and incompetent, hit shelves last month.

Last Wednesday, an appeals court judge in New York ruled that Simon & Schuster is allowed to release Mary Trump’s book “Too Much and Never Enough: How My Family Created the World’s Most Dangerous Man.”

The president’s brother Robert Trump had asked for the restraining order, arguing that Mary was violating a non-disclosure agreement signed in 2001 after the settlement over the estate of Fred Trump — the father of Donald and Robert and of Mary’s father Fred Trump Jr.

Judge Alan Scheinkman postponed addressing whether the author had violated the agreement preventing her from revealing family secrets by writing the book. A hearing on that matter could take place this Friday.

READ ALSO: COVID-19: Trump To Hold Another Rally Amid Pandemic

Nevertheless Simon & Schuster “is not a party to the agreement,” so the block of their publication of the book “is vacated,” the judge ruled.

In the book, Mary, a clinical psychologist, recounts what she witnessed of the “toxic family” in the home of her grandparents, according to her publisher.

“She describes a nightmare of traumas, destructive relationships, and a tragic combination of neglect and abuse,” Simon & Schuster says in a blurb about the book.

The Daily Beast has reported it will reveal that Mary Trump was the crucial source for explosive New York Times reporting on Trump’s finances, which suggested the billionaire paid little in tax for decades.

In late June, a judge refused to block the release of Bolton’s book, titled “The Room Where It Happened,” saying it was too late for the restraining order sought by the Trump administration.

Trump has characterized the portrait of 17 months up close with the leader, until Bolton was fired in September, as “fiction.”