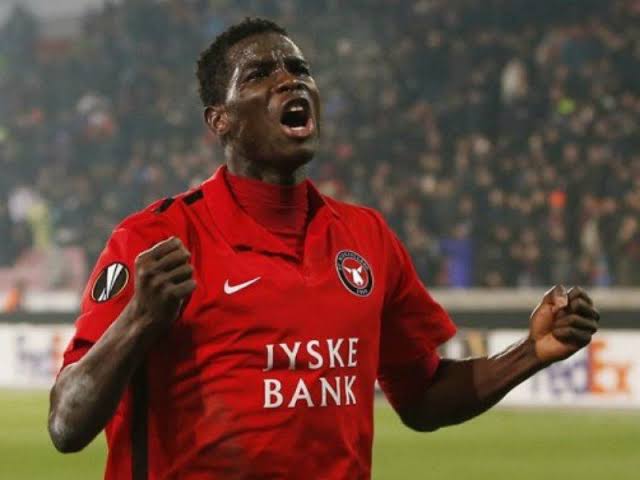 The 26-year-old Nigeria international becomes the first Eagles star to test positive for the virus.

The tests conducted of his compatriots Stephen Odey and Cyril Dessers at Belgian club Genk, however, came out negative.

“In the run-up to the first exhibition game of the season, the entire Genk group was tested yesterday (Tuesday),” a report on Belgian website hln.be stated.

“Everyone tested negative except Onuachu.”

Onuachu left Belgium for Nigeria on May 27, alongside fellow Eagles strikers Victor Osimhen and Imoh Ezekiel and returned to his club June 28 after he was stranded for a week in Lagos due to travel restrictions caused by the coronavirus disease.

According to hln.be, Onuachu would miss Genk’s first exhibition game of the season against Eendracht Termien on Thursday (tomorrow) as he would be quarantined for a week.

Onuachu joined Genk from Danish club FC Midtjylland last summer and scored 10 goals for the club before the Belgian Pro Division season was ended abruptly due to COVID-19.

FG Not Aware Of $875m Ammunition Deal With US – Minister