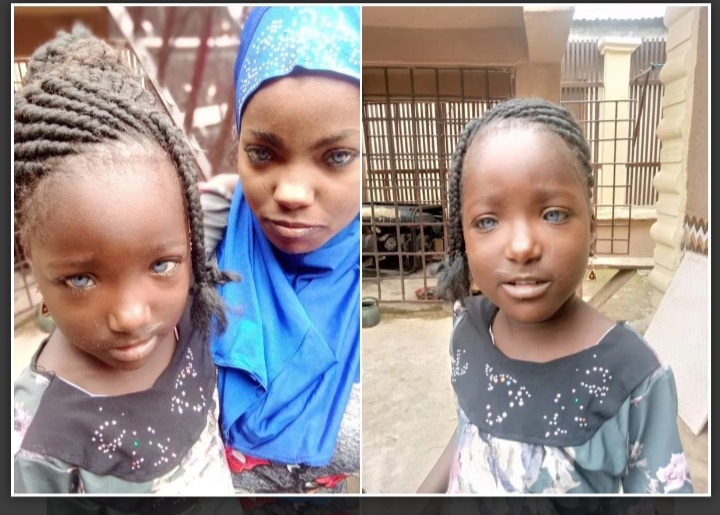 The girls abandoned by their father for being blue-eyed have been offered scholarships by the Minister of Youth and Sports Development, Sunday Dare.

Personal Assistant to the Minister, Shola Kolawole said this during a visit to the mother of the girls, Risikat, who is also blue-eyed.

Kolawole, who also offered cash gift to the family, said that no kid should be denied access to education and a chance to live.

“Her story was compelling and pitiable. Two young kids and mother abandoned by the husband through no fault of theirs. No kid should be denied education and a chance to live.

“I was moved by compassion. As an Ogbomoso indigene, they live next door to us in Ilorin. They are my neighbours. The Bible admonishes that we should love our neighbours that we see,” he said.

Their story came to fore when a student of Adeniran Ogunsanya College of Education, Alabi Rukayat shared their story and pictures on her Facebook page.

Nigerians have since rallied round the family to support with donations.