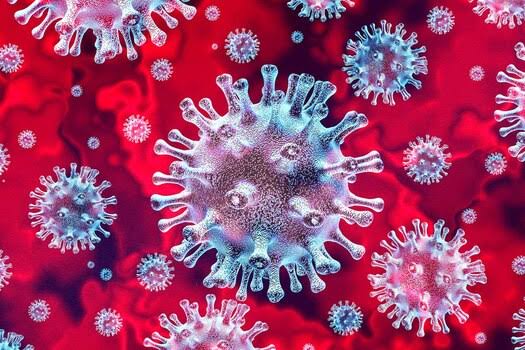 The number of COVID-19 deaths in France is rising for the first time since the end of lockdown, the public health agency said Friday, warning that all outbreak indicators are worsening.

The country recorded 13,215 new cases in 24 hours, said the agency — a new daily record since a widespread testing campaign was launched — and 123 deaths.

A total of 403 people were admitted to hospital in 24 hours for coronavirus complications, bringing the total for the week to 3,626, of which 571 were in intensive care.

The Sante Publique France agency said that while a recent surge in infections mostly affected the young, infections are now also growing fast among people over 75 who are more vulnerable to the virus.

“For the first time since the lifting of the (March-May) lockdown, we are seeing an increase in Covid-19 deaths,” the agency said in a weekly update.

“The intensification of the spread of the virus among the oldest age group raises fears of the continuation of hospitalisations and deaths in the weeks to come,” it warned.

– ‘Significant worsening’ –
There is growing concern in France about how hard it is to get a coronavirus test — especially in the Paris region — because of heavy demand. Prime Minister Jean Castex admitted last week the government had to do better.

“Not being able to test people (who may need quarantine)… may have an impact on the control of the outbreak,” said Daniel Levy-Bruhl, head of the respiratory infections unit at the agency.

On Friday, France’s public health advisory body gave the green light for the use of saliva tests, on top of the standard nose swab, but only in people with suspected COVID-19 symptoms.

It is hoped this would relieve some of the strain on overstretched laboratories and reduce the waiting time for results.

The French Riviera city of Nice, still basking in a late Mediterranean summer, on Friday announced restrictions including a maximum of 10 people allowed to gather in its parks and on its beaches.

It will be forbidden to buy or consume alcohol in public in the city after 8:00 pm while bars can no longer open all night.

22 years after, ‘The Village Headmaster’ returns to TV screens
Authorities in Paris on Friday urged people to avoid gatherings of more than 10 people, in public as well as in private homes, because of a “significant worsening” of the outbreak.

The capital’s annual “Neighbours Party”, usually an evening of lively courtyard dinners, should also be called off unless people strictly observe social distancing measures, they said.

In Roanne, southeast France, six retirement home residents died of the virus and 40 others tested positive after a case was detected last week, the regional health authority said Friday.

Overall, 68 outbreak clusters were found in French retirement homes last week, nearly double the number of the week before.

According to the latest figures, the pandemic has claimed the lives of 31,249 people in France.

Despite the alarming figures, Castex last week steered clear of announcing new nationwide restrictions, saying the French should use caution and “succeed in living with this virus.”