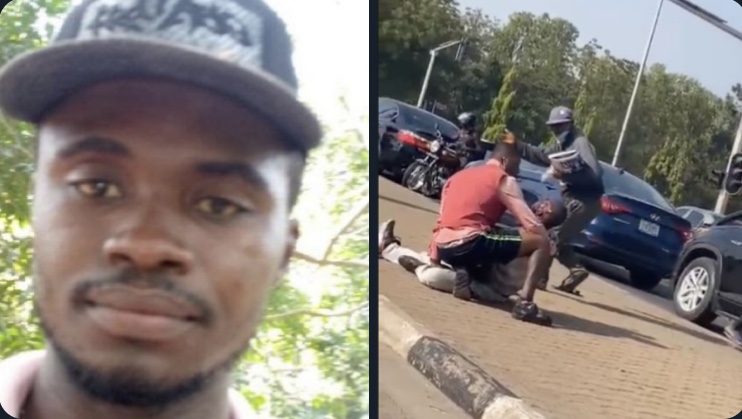 Nigerians on micro-blogging site, Twitter, have reacted to the death of a newspaper vendor, Ifeanyichukwu Elechi by one of the security details attached to the office of the Speaker of the House of Representatives, Femi Gbajabiamila.

Elechi was shot in the head around the Federal Secretariat, Abuja, by Gbajabiamila’s security aide on Thursday.

The victim was rushed to the National Hospital where he reportedly died.

While reacting to the news, the Speaker in a statement in the early hours of Friday, said he was “personally distraught” over the killing of the newspaper vendor identified as Ifeanyichukwu Elechi, by one of his security aides.

The speaker explained that the incident occurred when he stopped his convoy to exchange pleasantries with the vendors as was his usual practice after work.

He added that the aide had been suspended while he had notified the police to commence investigation.

However, Nigerians have taken to social media to express their anger over the incident, saying that Nigeria kills her citizens unabated.

Read their reactions below;

Ifeanyi Okereke didn't die because hoodlums "hijacked" the #EndSARS protest. Rather, he was killed in an extra judicial manner by police operatives attached to Mr Speaker, Femi Gbajabiamila. Today, exactly 1 month after the #LekkiMassacre, the #EndSARS protest is justified.

Femi Gbajabiamila said the security operatives shot in the air, same way they claimed the soldiers shot in the air on 20/10/2020… You shot live rounds in the air and then act surprised when stray bullet kills someone. How about y’all just stop shooting??!!

The country that kills its citizens unabated

Ifeanyi Okereke, a Newspaper vendor was yesterday, Nov. 19, 2020 shot dead by Femi Gbajabiamila security aide in Abuja for NO reason. The deceased wife just gave birth to a 3wks old child. This is sad!

RT till Ifeanyi gets Justice 🙏 pic.twitter.com/8TK06l4oHG

The convoy of the speaker of house of Rep (Femi Gbajabiamila) was stuck in traffic in Abuja and his security men shot live bullets into "the air" to clear the road.

The "stray bullet" killed a newspaper vendor. Aother day of Nigerian leaders killing those they swore to protect

The executive & their many executions 😪

You people should please help us ask Femi Gbajiabamila, a LEGISLATOR… WHY HIS MEN WERE SHOOTING LIVE ROUNDS AT FEDERAL SECRETARIAT WHICH IS A CROWDED AREA??? SECRETARIAT IS EASILY THE MOST DENSELY POPULATED WORK AREA IN ABUJA.
FEMI WHY DID YOUR SECURITY AIDE KILL THAT MAN? https://t.co/QAxT6G04Ru

The police must immediately arrest Mr Femi Gbajabiamila, take him into custody for interrogation & prosecute him within 48 hours. Mr Speaker is not protected by any immunity under the Nigerian laws. The killers of a street vendor in Abuja yesterday must be brought to book.