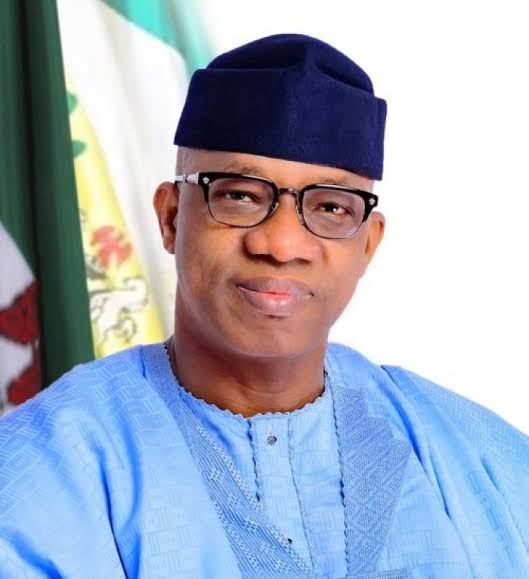 Ogun State Governor, Dapo Abiodun, has banned tankers and other articulated vehicles from plying flyovers in the state.

The governor said this during his visit to the scene of an exploded petrol tanker that claimed three lives and injured six persons shortly after it happened to assess the level of damage .
He described the incident as sad and unfortunate.

The governor also vowed that stiffer punishment would be meted out to any tanker found culpable.
He added that the state would soon roll out measures by checking the roadworthiness of vehicles especially tankers and articulated vehicles plying roads in the state.

According to him, the ban was meant to safeguard the lives and properties of the citizens in view of explosions in different parts of the state .
Abiodun expressed the concern that the bridges constructed to solve problems have in turn created other problems.

He said, ”I will discuss with the state Ministry of Transportation , we will begin the enforcement of ensuring that tankers plying our roads are well checked to see if they are roadworthy or not.
“We will put measures in place to reduce this kind of occurrence , part of that to include that taker drivers do not operate on our overhead bridges anymore.

”If their ability to control their vehicles now becomes a hazard to other road users , we think it is important to declare that tankers are not allowed on our overhead bridges anymore.

“We will put in place a very tick fine for any tanker drivers found on any of these bridges . This , among other measures, will be rolled out in the next day or two.”
.The governor confirmed three persons dead in Tuesday’s tanker explosion, while six others sustained varying degrees of injuries.

He said the injured who were badly burnt have been taken to the Federal Medical Centre ( FMC) , Idi –Aba , and the State Hospital, Ijaye, both in Abeokuta.

“The record that we have as of now is that we have three casualties, we have another six people that sustained various degrees of burns. Three of them are at the Federal Medical Centre and the other three are at Ijaye hospital receiving urgent medical attention.

“We have gone a step further by inviting burns specialists from Lagos to come and attend to those that have about 80 , 90 % burns which require special attention and they have since arrived in Abeokuta,” he said.

A survivor, Ososanya Taiwo, who escaped from one of the vehicles trapped by the tanker, said the driver gave a sign of brakes’ failure while descending the bridge.

Pope Francis Visits Iraqi Christians Who Suffered Under IS

Daddy Freeze To Appeal Court’s Ruling Over Judgement On Adultery

Buhari, Osinbajo Will Receive Shots Of COVID-19 Vaccines On Saturday–NPHCDA