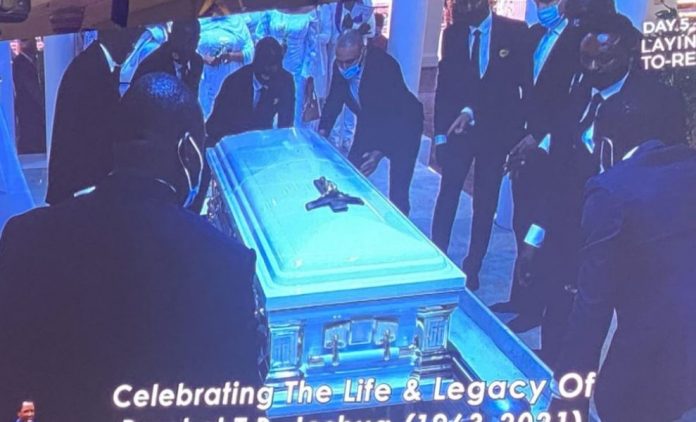 Prophet TB Joshua has been buried in Lagos.

An24 reports that the founder of Synagogue Church of All Nations (SCOAN), Prophet Temitope Joshua, popularly known as TB Joshua was buried amid tears on Friday.

Prophet TB Joshua who died on June 5, 2021, was buried at the church’s premises after an internment service that had dignitaries from around the world.

His remains arrived at the church premises in the Ikotun-Egbe area of Lagos State, Nigeria’s commercial city on Thursday, July 8.