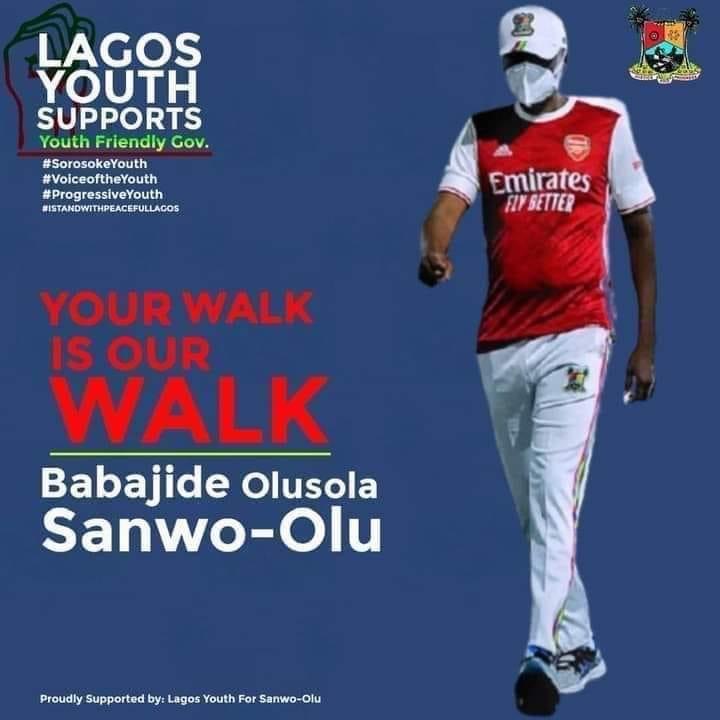 Yoruba self-determination groups under the banners of the Coalition of Oodua Self Determination Groups (COSEG) has assured the Lagos State Governor, Babajide Sanwo-Olu of its readiness to join him in the walk for peace.

COSEG in a statement by the group Chairman, Dayo Ogunlana, on Thursday assured the governor of the readiness of the group to walk with him on any day earmarked for the peace walk.

The group said; “We want to assure the governor of Lagos State, that he will not walk alone, we shall not only walk with him, we shall also mobilise all the civil society organizations that want the tranquillity and progress of Lagos State to walk with him on the date picked.”

Ogunlana highlighted the merits of living in peace in Lagos which they canvassed will lead to the development and growth of the state.

The group issued a warning to groups or individuals who have resolved not to allow peace to reign in Lagos should thread carefully and stop the beating of war drums, as they will not hesitate to defend Lagos.

The group called on all to embrace the governor’s initiative of peace walk to move Lagos up.

The group said; “we call on all to embrace the genuine initiative of Mr governor to live in peace, to develop Lagos and to move Lagos forward. This we think the peace walk will achieve. It’s time for the good people of Lagos to defend Lagos for it to move forward as it always.